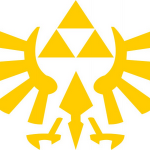 Hi, welcome to Negima! Wiki! Thanks for your edit to the Chachamaru Karakuri page.

Excuse me sir, but why shouldn't I correct a misspelled English transliteration of a Japanese transliteration of a wannabe Ancient Greek name? This error most probably occured because the translators had little to not any at all knowledge of ancient Greek. Also, considering the fact that only unofficial translations are available online, all informations on sites like this or MAL must have been taken form them.

The same lack of knowledge has led to too many errors of the transliteration of Greek Incantations, too! (wrong orthography, wrong tones etc.). And yet, I managed to correct all of them for the wiki itself to be neat. And yet, why shouldn't I correct an (in English only) misspelled —due to lack of knowledge— name in order to look beautiful and go along with the language (Greek here) that the author chose to use. And Ken did a magnificent transliteration to Japanese!

So, I request from you, either to have things perfect or easy done. In the first case, the name should be transliterated as Asuna Vesperīna Theothanasiā Entheophysiā, either with or without the macrons. In the latter, use only rōmaji of the official, original and correct Japanese transliterations, in which case the name should be Asuna Wesuperiina Teotanashia Enteofyushia. But, I beg you not to leave things imperfect; something like the result on Asuna Kagurazaka's article on this wiki. Because it is utterly ugly such an imperfect "monstrosity" which destroys my mother language's direct ancestor.

Did you even read what I wrote?! I clearly said that Akamatsu did a great work when transliterating to Japanese. He follows the officilal standards.

On the other hand, the AQS Fansubs, is just actually what it's name suggests. Fan and unofficial translators. And their translations are the ones found in images on this wiki. That's why I'm cautious with what is being written.

But if you have the official translations from Del Rey Manga and they transliterate the name that way you say (half Greek transliterated in Latin, half rōmaji), show me proof. But don't even think to send an image from the internet, I won't believe you! Take a photo of the page -with edges of the page being shown- and I'll stop arguing, even if I have the right to do so.

P.S. The funny thing is that Theothanatology has the same root words as テオタナシア (rōmaji: Teotanashia)! And, YES, such a word does exist!

Then why have UQ Holder! sections at all on character pages? Why are they here? This information is not volumious or extensive. UQ Holder wiki doesn't have a page on pactios. This info is canon. There is no reason to remove it and you haven't really given me a good reason to remove it.TheRogue1000 (talk) 19:53, April 10, 2020 (UTC)

Just wanted to ask why this edit? As far as I could see, the ref name I changed to regular ref points didn't show up twice, thus there is no need to give the ref point a name.

Second, the point with having ref name is that you don't need to add the same info again and again, thus filling the page with unnecessary text. So instead of writing <ref name="Negima!?_26">''Negima!?'' anime; episode 26.; Negi released this form for this student only in the final episode.</ref> twenty times or so, all that is needed is to write that ref once then add <ref name="Negima!?_26"/> everywhere else needed. No difference in the page, but easier to edit. Jacce | Talk | Contributions 09:57, May 30, 2020 (UTC)

The reference points was added when the article was on the regular Wikipedia. And as far as I can tell, by a regular user. Staff just transferred the page to this wiki.

I didn't choose the names for the ref points, I used the ones that already existed. If the names are confusing, they can be easily changed.

Also I compared the original ref list with the one from the version I edited. They where identical, so I don't understand why you think I removed references. Jacce | Talk | Contributions 06:17, May 31, 2020 (UTC)

Retrieved from "https://negima.fandom.com/wiki/User_talk:SageM?oldid=21105"
Community content is available under CC-BY-SA unless otherwise noted.